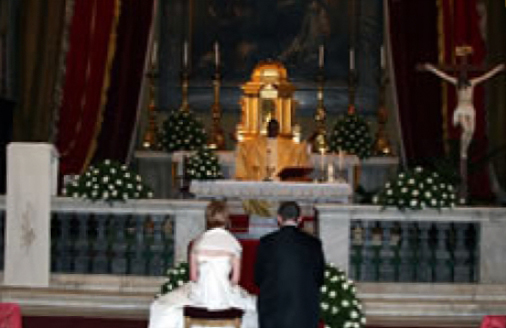 The church was dedicated in 1766 by Henry, Cardinal Duke of York (later King Henry IX). A Latin inscription formerly on the interior wall of the facade recorded the fact. Under the altar in the chapel on the left side of the church are preserved the relics of Saint Laconilla which King Henry brought to the church in 1783.